I’m ready to stake my life that at some point I had seen that robber emoji or character somewhere on my iOS emoji keyboard. I began scrolling through hundreds of emojis and when I immediately passed the police emoji, I could swear the robber emoji should be among these sets of emojis.

But, to my greatest shock, the emoji I was certain existed…never did.

It was not just me that had the feeling it existed. From the replies I received, a lot of people had similar convictions with me that it was in existence. A train of thoughts on Reddit of users that were keen on finding out where it was spotted and kept searching for it. Though, it turned out to be an exercise in futility.

Was it the Mandela Effect?

If you do not know the Mandela effect, it is just something wild. It has to do with memories that are not true, which are being told to so many people. In recent times, such untrue memories are being shared mostly on social and the internet.

The name Mandela effect emanated from an untrue memory occurrence that happened in 2010. It was Fiona Broome, who was a self-described ‘paranormal consultant’ that began the Mandela effect. She claimed that the South African leader, Nelson Mandela, died in the 1980s. Her claim was so untrue because Mandela was still very much alive even in 2010 when she made the claim. Although, Broome claimed that the memory was propagated by “probably thousands” of other people.

There are other false memory phenomenon examples and another of them is the “Berenstain Bears” though spelled “Berenstein”. It has to do with the existence of a movie in the 1990s, titled “Shazaam”. Sinbad was the main actor in the movie and he played a role of a genie, (I even feel I have seen his poster in a magazine when I was younger).

Some people speculate that the existence of the Mandela effect occurrence is true. Because the Mandela effect is proof that we live in an alternate reality. However, scientists have suggested that untrue memories can be a result of wrong memories, confusing photographs, and fake news reports.

So, the robber emoji can just be a victim of the Mandela occurrence.

Did It Originate from Bitlife?

Some other theories hold that the robber emoji truly exists, though it originated from Bitlife, which is a game application for both Android and iOS users. As a former devoted player of this simulation game, the theory seemed logical to me.

Then, Bitlife emojis were always used when a game was ongoing. For instance, while playing the game, if I chose to be a criminal and rob a house, my character’s emoji would automatically change to a robber emoji once I clicked on the emoji that looks like the one shown above. However, it was difficult to see the emoji, even though the app was re-played.

Rather, my character would look normal whenever he attempts to rob a house – in real life, this would appear very strange because a criminal is supposed to have some disguising feature or look.

Another thing I observed in the game was that the Raccoon emoji was used to signify “burglary”. And with the dark eyes on the raccoon, I then realized that it would have been the raccoon that was in my mind, that is a possible explanation of the untrue memory.

The Bitlife app undergoes frequent updates, that was why the game I was playing one year ago was different from the one I played today. So, the absence of robber emoji might have just been caused by the updates. The thought of this also made me go through some old YouTube videos to find the emoji.

I spent time searching the old YouTube videos,(those that had to do with criminals), and yet I could not find the robber emoji. The game was only released in 2018, which probably was the reason why I couldn’t dig deep into the archives.

At the point of giving up with my search, I came across a Twitter response from Bitlife’s official account, after one of their users speculated that the emoji must have emanated from the game.

I think Bitlife was just enjoying the attention on them all this while. That was why they never said anything about the robber emoji. Even at that, it is possible that it existed in the game in the past, but it is no longer there.

What is the Perception of the Other Robber Emoji Deceptions?

The thing I can remember about the front-facing emoji is that it has a mask and a beanie. Though, people have other perceptions of what the other emoji looks like.

I’m not certain if I have seen these emojis in the past, so there is a possibility that some people are just playing with the minds of others – or they sincerely feel they must have seen the emoji before. Another different category of people asks about the ‘hiking’ emoji,(which is something I can barely think about). It is also possible that people just began to remember the ‘blind person’ emoji.

All the hours spent looking for solutions concerning the robber emoji were in vain. Because it is painful, but I must say that the robber emoji has never been in existence, (in this universe).

Another thing that frustrated me was looking for a ‘criminal’ in Emojipedia. It doesn’t make any sense if there is a supervillain emoji and there is no robber emoji.

In recent times, we use emojis in almost every conversation. There are currently over 3, 000 different emojis, but the robber emoji sadly isn’t one of them.

Amazon 4-Star Store - First One to Open Outside the US

Fri Oct 15 , 2021
During the first week of October, Amazon opened a 4-star store in Bluewater, a mall situated southeast of central London. Apart from this store being the first Amazon 4-star store, Amazon is opening outside the US, it also stands out as the first shop the company is opening in the […] 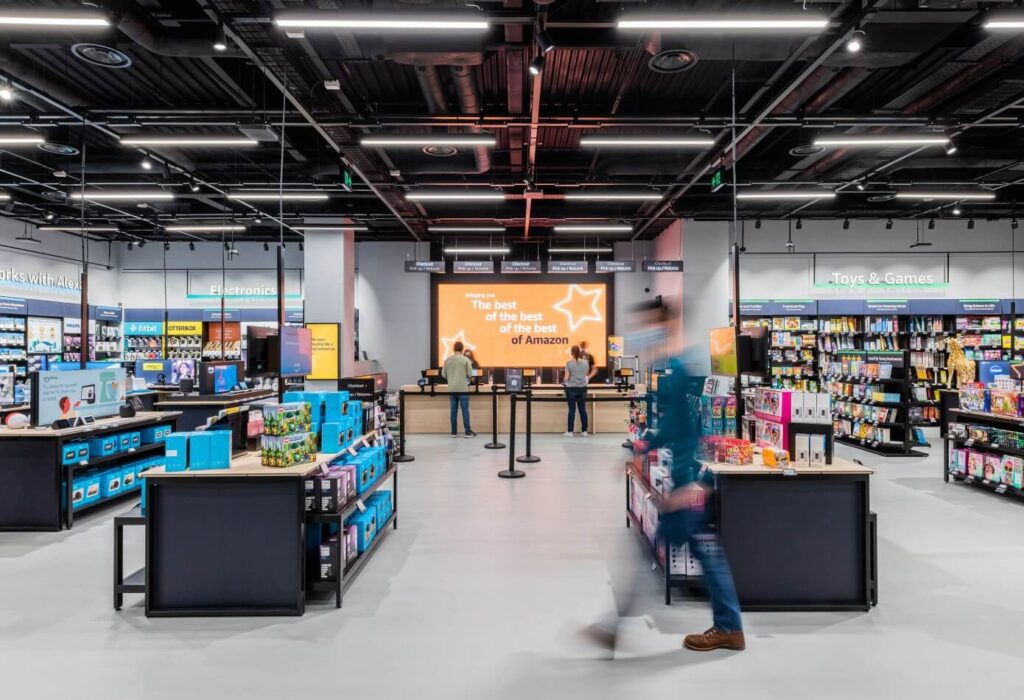